One common problem with most budget coffeemakers is that they have limited features and functions, which limits their ability to produce beverages on a barista level. Cuisinart is among the few companies that produce high-performance machines at reasonable prices.

As a result, most of the company’s appliances outperform their peers within the same price range. The Cuisinart DCC-3200 and the Cuisinart DCC-2650 belong to this crop of budget-friendly coffeemakers. These elegant and stylish coffeemakers have programmable features with extra-large capacity that ensure all your coffee needs are met satisfactorily.

DCC-3200
Operating the Cuisinart DCC-322 is very simple. It is fully programmable with a modern digital interface that features an LED screen with nicely labeled buttons. The stylish round buttons have a blue backlight that illuminates when they are pressed.

It has minute and hour buttons that allow you to program it for up to 24 hours. You can, therefore, wake up to a cup of fresh coffee each morning, without going through the hassle of preparing it yourself. It also has a programmable keep warm function and also includes a brew strength control that allows you to choose between regular and bold coffee flavor.

DCC-2650
You can also program the DCC-2650 to prepare coffee at any time of the day with the 24-hour programmable function. It is also super easy to operate with an elegant digital interface that features both buttons and dials and an LED display.

You can also brew either regular or bold coffee with this machine. The keep warm function has three settings, low, medium and high, which allows you to enjoy warm or hot coffee without going through the problem of warming it again. The warming hotplate shuts off automatically after 4 hours.

Conclusion: Both coffeemakers are programmable with the same features and functions. However, there is a slight difference in the design of the digital control panels. While the DCC-3200 is fully operated with buttons, the DCC-2650 has both buttons and dials. Also, the DCC-2650 buttons do not feature backlights.

DCC-3200
With a 14-cup glass carafe, this machine is designed to cater for a large family. It has two brew functions, you can brew a whole carafe, or you may utilize the 1-4 cups setting to brew smaller quantities. The glass carafe has an ergonomic design with a stainless steel handle and a dripless spout that allows for easy handling and pouring, respectively.

DCC-2650
The DCC-2650 features the same carafe as the DCC-3200, although it has a smaller capacity of 12 cups. The carafe also includes a dripless spout, an ergonomic plastic handle and knuckle guard for stress-free handling. In addition to the 1-4 cup setting, it also includes the Brew Pause function that allows you to pour a cup of coffee before the brewing process is completed.

Conclusion: The DCC-3200 slightly edges the DCC-2650 when it comes to capacity. However, the DCC-2650 can still comfortably serve a large family. They both also feature the Brew Pause function, which is very convenient when you want to enjoy a quick cup and the 1-4 cup setting for smaller batches.

DCC-3200
The DCC-3200 offers high-performance thanks to the 1050 watts of power. It takes more than 10 minutes to brew a full 14-cup carafe, which is almost 1 minute per cup. Unfortunately, it is not very fast.

However, it has a ready tone feature that alerts you when the brewing is completed. It also has a 60-second reset function that restores the machine to its previous brewing settings when there is loss of power. The DCC-3200 is also among the few coffee makers in this price range that makes hotter coffee, without making it bitter. This machine can reach up to 200?F, which is the perfect temperature for brewing a great cup of coffee.

DCC-2650
The DCC-2650 is the more powerful machine of the two with 1425 watts of power. It produces coffee at a far much faster speed thanks to the ‘Extreme Brew’ feature that reduces the brew time by 25%.

Also, the 60-second reset feature allows the machine to continue brewing without the need to reset it again. It is also worth noting that both brewers come with a permanent gold tone filter, which is reusable and can last a lifetime. They also support paper cone filters just in case you fancy a lighter cup of Joe.

Conclusion: Generally, the two coffee makers are more powerful than most of their peers. However, the DCC-2650 offers more power and even reduces the brew time by 25%, which saves both time and energy. The DCC-3200 may struggle with speed, but it offers the ideal temperature range for the perfect cup.

A premium feature included in both designs is the self-clean functionality. They both feature a built-in signal light that alerts you when to decalcify them. Cleaning is as simple as just filling the main reservoir with clean water or any cleaning solution and pressing the clean button.

They also include a commercial-grade carbon filter that purifies water and ensures the quality and taste of the final brew is not affected by impurities in water.

This carbon filter requires replacement every six months. Kindly note that the carbon filter should be removed first before filling the water reservoir and performing the cleaning procedure. Another great feature shared by both coffeemakers is the auto shutoff feature that turns off the machines when they are idle.

These two coffeemakers are . Apart from brew time, there isn’t much difference you are going to notice between the two. If you fancy a hot beverage, then the Cuisinart DCC-3200 may be the right machine for you. However, if speed is an issue, then the Cuisinart DCC-2650 should come in handy as it is much faster. They are also priced the same. They both receive our seal of approval, and they are worth checking out. 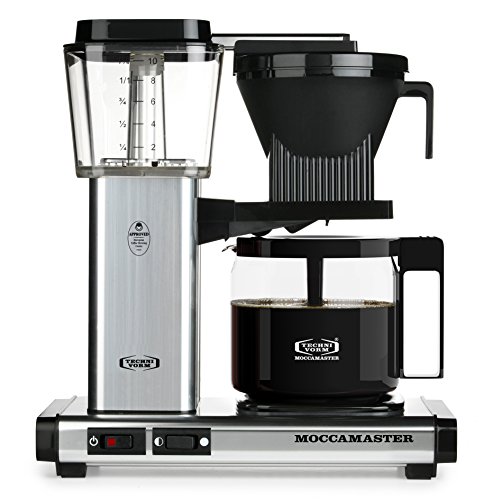