Unfiltered coffee is brewed using prolonged contact between the grounds and hot water. Think French press, Turkish coffee, or Scandinavian coffee. The coffee usually seeps in hot water then is filtered through a fine metal mesh that separates the grounds from the rest.

This method is usually seen brewed in Europe and Asian countries, while the U.S. has stuck to using traditional paper or cloth filters as their method of choice. However, there has been a shift in the last couple of years and the U.S. has seen a rise in popularity of unfiltered coffee being brewed both at home and in cafes.

This could be attributed to social media, ease of access to different products, and a consumer demand for cafe-quality coffee being accessible at home. With big box stores now carrying several models of French press and other appliances, a decent unfiltered coffee maker is now more accessible than ever.

To filter or not to filter?

So, with the rise of unfiltered brewing methods in the U.S., the question has been growing among coffee lovers: which one makes a better cup of joe? Of course, like all things, the preference is up to the beholder, but it can be said that unfiltered methods make for a stronger, more flavorful, and more aromatic drink than traditional filtered coffee.

Traditional paper or cloth filters hold back the oils that are present in the coffee when water is poured over the grounds. These oils are what have the majority of the taste and smell when you brew.

Using coffee makers without a filter are great for identifying the complexities and layers of different roasts of coffee. You’ve always known about light, medium, and dark roasts. But when you look even further, you’ll notice that different beans come from different regions. If you use a regular coffee maker or even a Keurig, you may not catch the subtle differences in beans that are from say, Kenya, from ones that are from Guatemala.

Unfiltered coffee is best drunk black, as diluting it with milk and sugar takes away the natural flavors that brewing without a filter creates. Of course, though, it’s really about your preference!

Okay, so what’s the deal with the French press?

In the last year or two in the U.S., the French press has really taken off among coffee lovers. Most models are small, stylish, and designed to be displayed on your counter tops while still being a practical appliance you’ll use every day. Plus, when you use a French press, it can make your whole home smell like delicious coffee.

If you decide that a French press is a way to go, make sure the coffee you’ve purchased is coarsely ground. If you’ve bought whole bean and don’t have a grinder, don’t worry! Some coffee shops (including Starbucks) should be more than willing to grind it for you, whether it’s their brand of coffee or not. Just be sure to let your barista know that you’re using it for your press.

This method of brewing unfiltered coffee is great for those who are just stepping into the wonderful world of at home coffee. It’s just a matter of merely scooping the desired amount of grounds into the container, filling with water, and setting it for four to five minutes. After that, press down on the handle, and you got coffee that smells and tastes like it came straight from a cafe.

When brewing coffee this way, make sure you use the proper ratio of coffee to water. Because it is unfiltered, the coffee can come out tasting extremely strong and bitter. Just do a little research or experiment for yourself to figure out what tastes best to you!

Oh, and don’t be afraid of the sludge-like stuff at the bottom of your cup. That is perfectly normal. Just be sure you don’t let it sit too long or it’ll dry and be a pain to clean later. 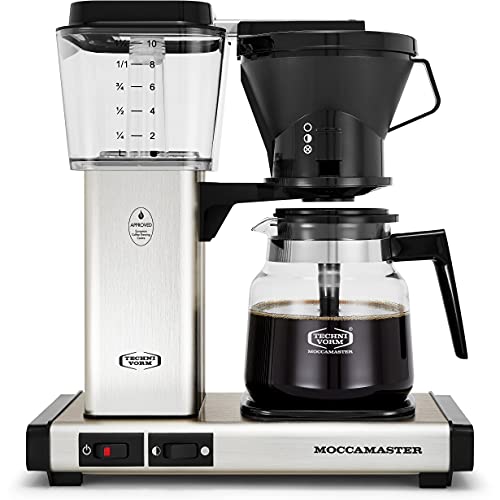