If you thought all waffles are the same, then you thought wrong. But, don’t worry you are not alone on this. So, many people cannot tell the difference between different types of waffles. The most popular ones are Belgian and regular/American waffles. If you have eaten a waffle today, then there is a high chance you have consumed either of the two. Other waffle varieties include Liege and Brussels. So, what are the differences between Belgian and regular American waffles?

Which one came first?

Regular waffles are traced back to the middle ages, between the 10th and 15th century. They are therefore considered the pioneer waffles. The recipe consisted of a simple flour and water mixture that was pressed between two heated iron plates and then cooked to flat cakes.

Can you taste the difference?

Certainly, you can. Belgian waffles are crispier on the outside, while on the inside they are more chunky and soft to accommodate various delicious toppings, such as maple syrup, strawberries, and ice cream. Regular waffles are not as crunchy and are consistent throughout.

What about their pocket sizes?

This is probably the most obvious difference between the two types of waffles. Belgian waffles are cooked in large irons with deep grid patterns, which creates deeper pockets. They are therefore able to accommodate as many toppings as possible. Regular waffles have shallow pockets and cannot keep toppings in their pockets.

This does not mean however that they are consumed without the delicious toppings. Simply pour chocolate syrup or any of your favorite toppings on top of your regular waffle, and you are good to go.

What’s in a recipe?

The recipe is the most important difference between the two that most people are not aware of. The batter of Regular waffles is prepared with baking powder, which results in a thin and dense waffle. Belgian waffles have yeast mixed in their batter, which results in a soft and fluffy interior and a crunchy exterior.

Nowadays, Belgian waffles are prepared with both yeast and a small quantity of baking powder. This is a common practice in restaurants. Luckily, this new recipe does not distort the taste of Belgian waffles that we have grown fond of. In fact, it makes them crispier.

Are their differences between their respective waffle makers?

There certainly are differences between the two types of waffle makers. Regular waffle irons are smaller with shallow grids, which gives them their thinner and flatter shapes with shallow pockets. Belgian waffle irons, on the other hand, are bigger in size, having larger hinges and deeper pockets, which results in thick, airy waffles. However, you can still use either of the irons to prepare the waffles, provided the recipes are right.

This is what we mean; you can prepare the right batter for the Belgian waffle and cook it in a regular waffle iron. It will still have the same soft and fluffy interior and crunchy exterior, but the pockets will be shallow. The same goes for the regular waffle. You can prepare it in a Belgian waffle iron. It will still be dense and less crunchy, but it will also be thick with deep pockets.

As you can see, certain features separate the two types of waffles. So, next time a person asks you if you prefer Belgian or regular waffles, don’t look at them dumbfounded, as if they uttered something that is out of this world. Please save yourself the embarrassment and take a pick. 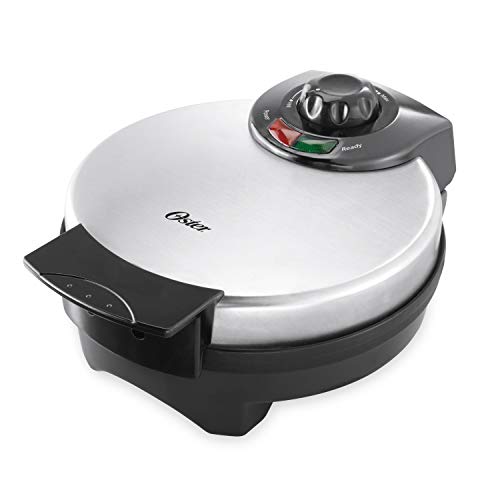