Batard bread is a variation of the well known French bread, known as a baguette. Although ‘batard’ means ‘illegitimate’ and is therefore seen as inferior to a traditional baguette, don’t let that misconception divert you from diving into a delicious loaf of freshly baked batard bread. Whether you are a bread connoisseur, love baking, or just a carboholic, we will show you our secret batard bread recipe.

What’s the Difference Between Baguettes and Batard Bread?

When talking about French bread, most people’s minds go instinctively to the traditional baguette. Baguettes are generally longer than a foot, and very thin in comparison to any other loaves of bread. Baguettes are known of their delicious, thick, crunchy crust accompanied by a melt in your mouth, soft, doughy interior.

Batard bread, although lesser known, varies mainly in size from its cousin, the baguette. Batard bread is usually between six and twelve inches long, and much wider, similar to the shape of a football with flat ends. Batard bread also has a slightly thinner crust than the baguette, making for a softer bread with all of the flavors of fresh French bread.

Just like any other type of bread, you can make several varieties of dough for your batard bread. Whether you are looking for the classic French bread dough or looking for a healthier whole grain option, the possibilities are endless. What to Expect When Making Batard Bread

During the long time frame needed for your dough to rise, your batard bread will start to form air pockets in varying sizes throughout. One of the trademark aspects of the batard bread is the light and airy dough inside of its thick, crunchy crust, so this formation of asymmetrical air bubbles of the dough is crucial in making the perfect loaf of French bread. Of course, you will need to shape the bread to give it the correct length and width it needs to live up to its name.

1. Combine 2 teaspoons of yeast and 1 ½ cups of lukewarm water in a large bowl. You will be combining all of the ingredients in this bowl later in the recipe, be sure to use a bowl large enough to fit all of your dough ingredients. In order to activate the yeast the water will need to be warm, but not hot, 100 degrees is the perfect temperature for this. The yeast will dissolve on its own, but always be sure to check the directions on the packaging to be sure of the specifics for each brand.
2. Combine 2 teaspoons of salt with the 3 ½ cups of bread flour in a separate bowl. Once you have mixed the salt and flour, add to them to the water/yeast mixture in the large bowl you are using. Stir the flour/salt mixture into the water/yeast mixture until they are well incorporated.
3. Once you have incorporated the ingredients, either with your hands or with a mixer, knead for a few minutes, the dough should become a kind of bouncy texture. To test this, push your finger into the dough, if it bounces back, you’ve got the right consistency.
4. Use a damp towel to cover the bowl loosely and let the dough rise at room temperature for approximately 3-5 hours. You will know when the dough is done rising because it will become triple the size of the original dough ball.

1. Use a small amount of flour to dust your countertop, and coat your fingers with a thin layer of flour. Be sure not to use too much, but enough to prevent the dough from sticking while you shape it.
2. Take your dough out of the bowl it has been rising in, place it on the flour-dusted area of countertop, and pop any large bubbles that have developed through the rising process. Gently flatten the dough and continue to let the air out of any other large bubbles that have formed in the dough.
3. Cut the dough into two, same-sized pieces.

1. Mold the dough into a slightly oblong shape (think of a football). It should be smaller than one foot.
2. Turn the dough over and fold the sides of the dough inward, creating a trench in the middle.
3. Roll the dough back and forth to even it out. Make sure the ends of the dough are evenly rounded. 1. After shaping your dough, allow it to rise for 30 more minutes. While the dough is rising, preheat your oven to 450 degrees.
2. Place parchment paper on a cookie sheet, lightly dusting it with flour, place the dough on the sheet. Using a knife slash the top of the dough three times with a knife, and spray the top of dough with water.
3. Cook the bread for 20 minutes, and enjoy! 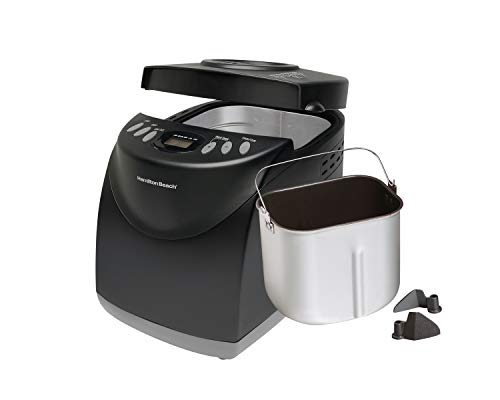