Coffee is a beverage consumed by millions each day all around the world. The drink, made from roasted beans and obtained from the coffea plant, is popular throughout the world as the perfect kick-starter. Coffee with its high caffeine content is the perfect accompaniment to any breakfast, from bacon and eggs to pancakes. There are those as well who don’t bother for breakfast and complete their morning routine with a cup or two of coffee.

What makes this drink so universally loved is its versatility. The flavor is dependent on the roasting process of the coffee beans. Roasted coffee beans can produce different tasting drinks depending upon the period for which they were roasted. Aside from the way beans are roasted, how coffee is brewed and what is later added to the drink can greatly impact the taste of the drink.

Cream, sugar, caramel, honey, chocolate, marshmallows, the list of things that can be added to coffee is endless and ever growing. In recent years, big coffee chains have further popularized coffee by offering something for everyone, from the rich bitter taste of the Americano to a unicorn-inspired cappuccino which is more sugar than actual coffee.

Regardless of how it is made it is clear that coffee is a staple drink, with an average consumption of 3.2 cups per day in the US.

There are numerous ways of making coffee. Generally, the roasted beans are grounded, and the ground up powder is combined with boiling water to get the flavors and the aroma of the coffee infused into the water. The result is a caffeine-rich, acidic drink. Other than being boiled in with water, ground up coffee beans can also be steeped or pressurized to get the flavors out.

In the steeping method, the beans are steeped or soaked in water for some time, so the flavor comes out of the ground up beans over a period of time. As for the pressurized method, vaporized water is pressurized to pass through the coffee powder to get the maximum flavor out. An espresso is a good example of a coffee brewed by using the pressurized method. So while the boiling and the pressurized methods both can only be used to make hot brews, the steeping method can be used for cold brews as well as hot brews. In the case of a cold brew the same method is used, but instead of using hot water, water used is either chilled or is kept at room temperature. The final outcome is a brew which tastes much different from a hot brew, even when the same method is used.

Cold brew has seen quite an increase in popularity over just a few years. Coffee shops now seem more eager to experiment with not just new flavors (pumpkin spiced lattes anyone?) but also new methods of making the good old coffee. As their customers have become more diverse and daring, coffee companies have broadened their range of products to include cold brews, something unthinkable until a few years back.

One other reason for the popularity of cold brews is its environmentally friendly image. Cold brews do use less energy to be made, as hot water is not a requirement. With the social change in favor of environmental protection, cold brews are the coffee of choice for nature conscious individuals.

So how can one make a cold brew at home? The answer is simple and consists of just a few ingredients and even fewer steps. Here is the list of ingredients/instruments needed: Once you have these things, making a cold brew is easy. Simply grind up the roasted coffee beans, be sure to check the roasted date and to be certain that they were roasted less than two weeks ago. Once the beans are coarsely grounded place them in the jar and pour the water in the jar. Now seal the jar and wait for about 24 hours. After a good 24 hours of steeping the coffee is infused into the water. Simply pass the liquid through a sieve or cloth or filter to separate the coffee grounds. The liquid can be stored in the refrigerator and diluted with water or milk and can be ready to be served.

Making a cold brew is pretty straightforward, as is clear from the steps mentioned above. Perfecting the cold coffee brew is an art. Two things have to be kept in mind when making a cold brew; the quality of the beans and the grounding technique.

Naturally, good quality beans provide the best flavor, but one other thing that needs to be taken into consideration is the roasting date. Beans that have been roasted prior to two weeks or less are superior to those roasted much further back in time. As the bean gets older, it loses its freshness and the richness of flavor.

The other thing is the actual grounding process. For cold brews coarsely ground up beans are best. Coarse grounds combined with a long steeping time produces the best results. It’s all in the Grind:

Since the taste of the cold brew depends so critically on the grind, so which type of grinder is used, is important. Broadly speaking, there are two types of grinders; the blade grinder and the burr grinder. The blade grinder resembles a normal blender as it has a similar blade at the center. In the case of a burr grinder, it consists of two rough surfaces that revolve and crush everything the falls in between them.

There is really no right or wrong grinder since the burrs of a burr grinder can be adjusted to achieve a finer or a coarser grind. So the options are limitless and as long as certain basic rules are followed one can’t go wrong with a cold brew. 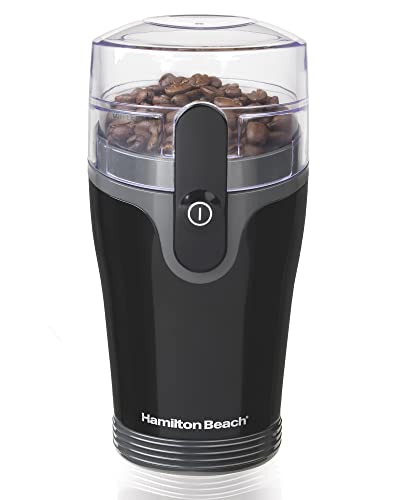