There will also be an overview of the different conversions between different types of yeast, so you can know how much to use as a substitute in place of a different type. Pay special care to the expiration date as yeast won’t work forever, but it’s not quite as strict as the date might suggest.

Yeast is a microorganism that belongs to the fungus kingdom. It converts sugars into alcohol and Carbon Dioxide. The Carbon Dioxide produced is what causes bread to rise, while the alcohol is mainly evaporated in the baking process.

All of the yeast dies at around 120 – 140 degrees Fahrenheit and stops producing any byproducts as a result. Once dry yeast has been exposed to the air it will need to be refrigerated as it will start to become activated and die from lack of sugar. Refrigeration slows down the lifecycle of the yeast to a stop, without killing the yeast. One thing to be aware of is that using an instant yeast will result in less flavor compared to using an active yeast as the yeast has less time to develop and influence the flavor of the bread. It does make bread making much more convenient of a process, and if you’re making bread with other ingredients, like banana bread, it won’t matter much.

Active Dry Yeast is the type of yeast used traditionally in baking bread and can also be used in bread machines as well. If you’re substituting an active dry yeast for an instant yeast make sure to use 25% more yeast and also to dissolve it in warm water beforehand to start activating the yeast. Be sure to reduce the amount of water you add to the bread from the recipe by the amount that you added to activate the yeast.

If instead you are substituting in the other direction make sure to do the opposites of the details listed above.

Active dry yeast has a fuller flavor profile but takes longer to make bread rise as it needs more time to produce the same amount of Carbon Dioxide as instant yeast. Using active dry yeast is also more complicated as you typically need more than one rise/rest period during the baking process. Yeast typically can last up to a year longer than the expiration date on the package, if refrigerated. The expiration date is mainly telling you that the yeast will be able to be activated and used in making bread.

If you’re unsure whether your yeast is still good you can easily test the yeast by activating it in warm water and putting a teaspoon of sugar in the mixture. If after 10 minutes or so the mixture starts to bubble you know the yeast is still active and can produce carbon dioxide.

So there you have it, the main differences between the different types of yeasts. Just remember when shopping that if there’s a significant price difference there probably isn’t any real benefit to buying bread machine yeast over instant rapid rise yeast as they are pretty much the same product with different branding.

If you end up needing to substitute one type of yeast for another make sure to follow the conversion guidelines listed above and to modify the recipe to allow for either the faster or slower bread making process. You can see our reviews below to helping you buy the best product to help you with your adventures in bread making. 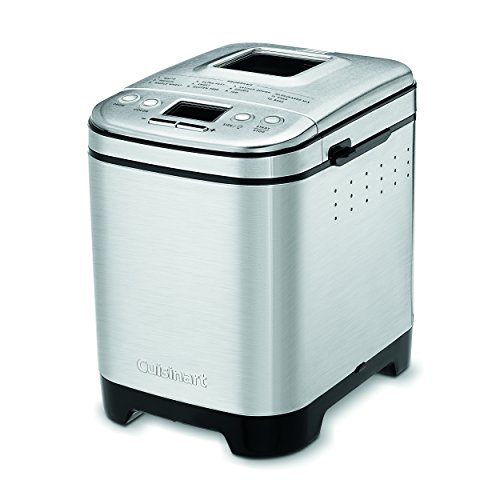