Out of all of the different types of frying pans that are available, cast iron frying pans are definitely one of the best options out there, if not the best. And there are quite a few reasons for this, but we’re going to talk about two of the biggest reasons, and the ones that you will notice the most, when using a good cast iron frying pan.

With a good cast iron frying pan, you are able to cook just about anything. Cast iron frying pans are exceptionally versatile, and using one, you have the freedom to cook just about anything with them, which is very nice! You can cook eggs, burgers, potatoes, french toast, and all kinds of other things, and that’s because this type of material is designed to give you that level of versatility and flexibility. 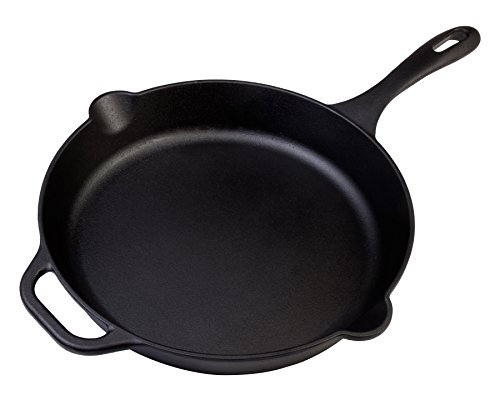 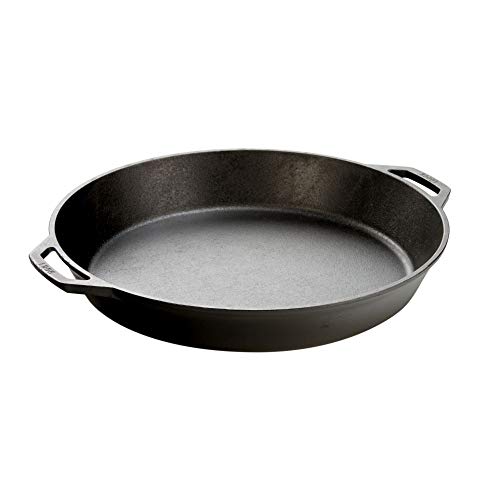 What Do I Need To Look For And Consider?

How Heavy Is The Cast Iron Frying Pan?

When you look at cast iron frying pans, it’s very important that you consider the weight of the pan, and the general density of the cast iron itself.

However, when searching for the best cast iron frying pan, you should actually try to find one that is rather heavy and quite dense with cast iron. And there are a few reasons for this. But, the main reason for this is because when there is more weight to the cast iron frying pan, and more overall thickness when it comes to the cast iron that the frying pan is made of, this allows the heat to be held in place a lot easier, and less heat will escape from the frying pan. From this, it’s a lot easier to cook the meals that require more heat.

To give you an example, let’s say you are trying to cook several burgers at one time, in a larger cast iron frying pan. Now, these burgers require a considerable amount of heat, in order for you to cook them all at the same exact time. With a cast iron frying pan that only has a thin layer of cast iron comprising the entire pan, and, in turn, a general lack of heft, the heat isn’t able to stay within the pan and its surface, so it will take longer to cook those burgers.

However, if the cast iron frying pan is heavier and has a thicker layer of cast iron comprising the pan, then the heat will be trapped in the pan, and conducted to its surface, and those burgers will take significantly less time to cook, since they will be receiving the adequate amount of heat that they need.

How Big Is The Cast Iron Frying Pan?

As a general rule, though, the bigger the cast iron frying pan, the heavier it should weigh, so that it is able to properly capture and retain the heat.

What Type Of Handle Does The Cast Iron Frying Pan Have?

Out of all of the different considerations for these types of things, this isn’t one of the most important considerations, at all, but it is still something to look for and think about.

Ideally, the cast iron frying pan will have a handle with some type of covering – made out of plastic or some other material – enabling you to pick it up and move it around, with ease.

How Much Does The Cast Iron Frying Pan Cost?

Most cast iron frying pans aren’t too expensive, but it does depend on the size, brand, and the thickness/density of the cast iron that is used.

Ultimately, cast iron frying pans are incredibly useful frying pans that make cooking significantly easier. If you follow this guide and consider the points that we’ve made, you will be able to find an absolutely fantastic cast iron frying pan that enables you to cook all of your favorite dishes in the best way possible!