A wok or a stir-fry pan is one of the handiest appliances in the kitchen with a wide range of applications such as steaming, deep-frying, boiling, braising, poaching, searing, smoking and even roasting nuts. The Aroma Housewares AEW-306 is one of the highest rated woks in the market.

It features a modernized design with its own electric powered cooking element. It heats up quickly and cooks at a much faster rate than traditional woks and is also super easy to clean thanks to its nonstick coating. Read on to learn more about this great piece of appliance.

The Aroma AEW-306 maintains the same traditional design of a wok with a round bottom. However, it comes with a heating base that the wok attaches to. It is constructed from a sleek cast metal with a nonstick finish on the inside and on its sides are two heat proof handles that allow for easy carrying.

It also comes with a tempered glass lid with a dome shape that enhances better heat circulation during cooking. The lid also includes an adjustable steam vent that allows you to control the moisture level for more controlled and flexible cooking. In addition, this electric wok also comes with a steaming rack, a tempura rack and long chopsticks for cooking.

It comes with a heating base that is powered electrically by a removable temperature probe. The probe has a trigger that either secures it tightly or releases it from the base and on top of the probe is a dial with ten temperature settings for a wide range of cooking.

Unless you are new to cooking with chopsticks, this cooking appliance is super easy to use. You only need to install the temperature probe, plug it into a power source, select your desired temperature and you are good to go. With a 5-quart capacity, this wok is spacious which allows you to prepare enough food for a considerable number of people.

Cleaning this wok is also very simple. Just unplug it from a power source, remove the temperature probe and detach the wok from the base by a simple twist of the connecting knob at the bottom. It is not dishwasher safe, so you will have to clean it manually.

However, both interiors of the wok and the lid are nonstick coated, which makes cleaning a stress-free affair since food does not stick. To avoid damaging the nonstick coating, you are required to use the chopsticks or silicone based utensils. Also, the fact that it is detachable makes it easy to store despite being a large pan.

Another major difference is that the AEW-306 comes with the three accessories already mentioned, a steam rack, a tempura rack and two wooden chopsticks, while the AEW-305 includes none. It is generally easy to clean the AEW-305, since it has a nonstick surface both in the wok and in the lid.

Unfortunately, the permanent base means that it cannot be immersed in water making handling a bit of a problem during cleaning. It also consumes more space during storage. The Aroma Housewares AEW-306 is definitely the superior wok.

The Presto 5900 wok features a sleek stainless steel design with an aluminum-clad base that allows it to heat up quickly. It also has two stainless steel side loop handles and on its bottom are four feet permanently installed.

It comes with a tempered glass lid that includes a stainless steel handle and rim on its edges, but has no steam vent. In addition, it features a 1500W heating element that is detachable and has a temperature control system with five temperature settings from 200 to 400 degrees Fahrenheit plus a warm function.

Although this wok does not have a nonstick surface, it has a premium stainless steel polish that prevents food from sticking on it.

At 17 inches of capacity, it is relatively larger than the Aroma-306. However, it only comes with one accessory: a wooden spatula compared to Aroma AEW-306’s three. When it comes to cooking, it heats up really fast and also prepares food at a fast rate than traditional woks.

It is also the easier wok to clean, since it is dishwasher safe and does not require its base to be removed before cleaning, as is the case with the Aroma AEW-306. However, the Aroma AEW-306 slightly edges the Presto 5900 due to an inclusion of a steam vent on the lid and the three extra accessories.

On the flipside, the Presto 5900 is easier to work with, as it is dishwasher safe.

Compared to the other woks in this article, the Breville BEW600XL has the closest resemblance to the Aroma AEW-306 with the same dome-shaped design for its base.

The base is constructed from stainless steel, while the die cast wok has thick aluminum walls with Quantanium nonstick material coating on the interior. It is slightly larger than the AEW-306 at 6-quart capacity and also features a detachable temperature probe with 15 heat settings including ‘High Sear’.

The 1500 watts of power coupled with the butterfly heating system allows this wok to heat really fast and also to retain all the heat on the walls. The temperature probe has a trigger release just like in the AEW-306 and the wok is also detachable from the base for stress-free cleaning.

Another similarity is the tempered glass lid with a steam vent. However, the Breville BEW600XL is dishwasher safe making it easier to clean and lacks all the extra accessories that the Aroma AEW-306 comes with. It is also very expensive, costing almost three times the value of the Aroma AEW-306.

We prefer the Aroma AEW-306 because it is very cheap and also includes three extra accessories that are absent in the Breville BEW600XL.

The Aroma Houseware AEW-306 is an excellent wok that can be used to prepare a wide range of foods.

Its versatility coupled with the inclusion of a steam rack, a tempura rack and two wooden chopsticks really separates this wok from the rest. It is also fairly priced meaning that you will be getting more than you pay for. Good luck. 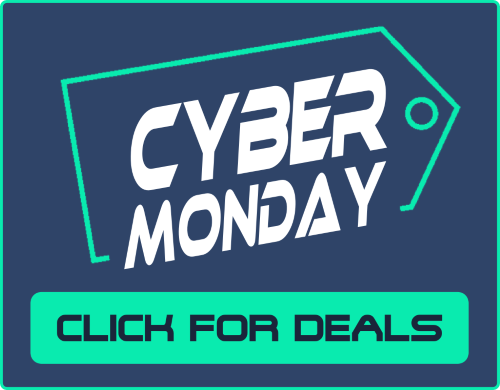